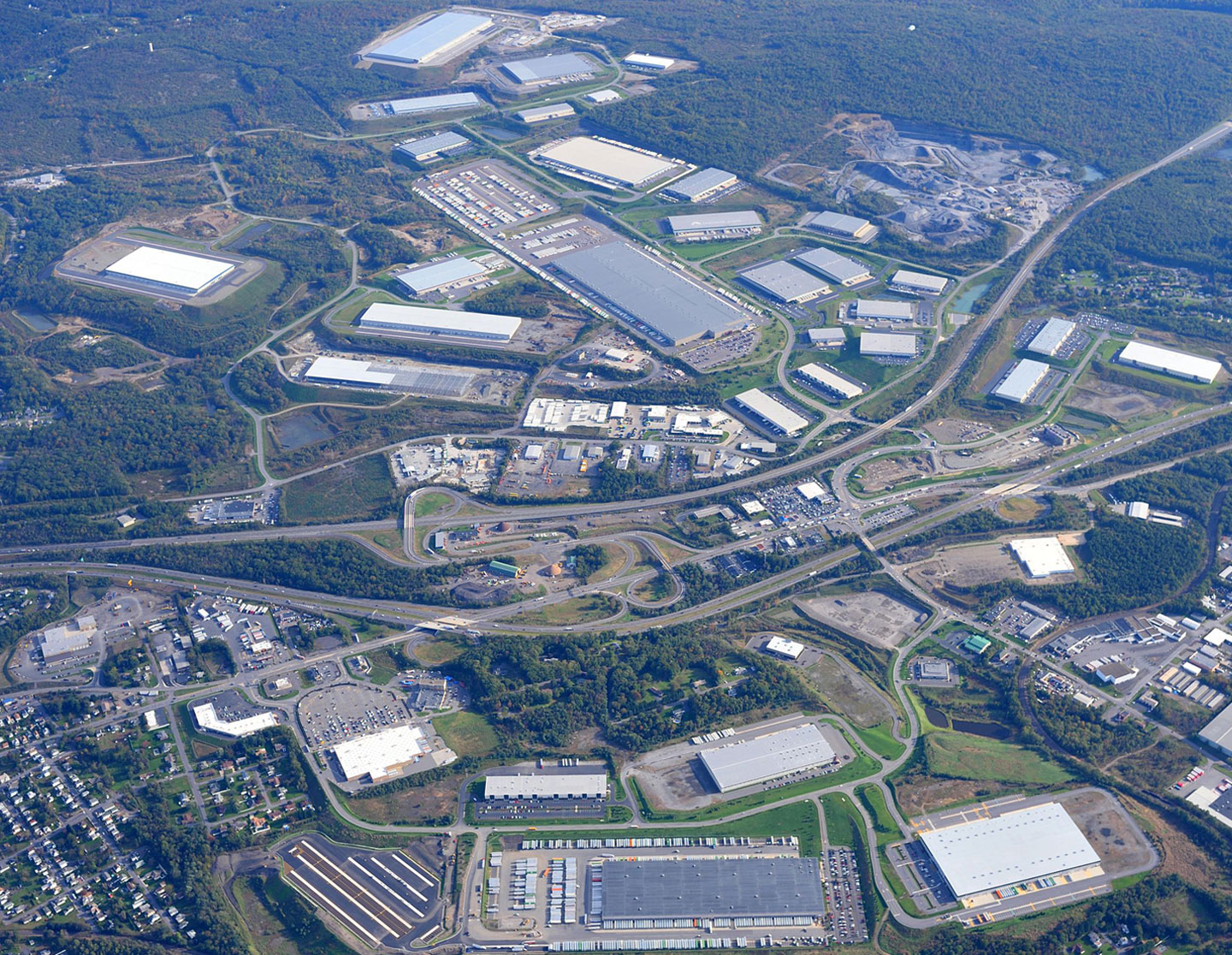 Sometimes the best sites in a community are hidden in plain sight.

Such was the case with the land that now makes up CenterPoint Commerce & Trade Park near Pittston, Pennsylvania.

Every day for decades, tens of thousands of people drove right by the rough looking property, never giving it a second thought. It wasn’t until 2005 that local developer Rob Mericle saw what others were missing, the chance to develop an upscale business park that could create as many as 10,000 jobs for the residents of Northeastern Pennsylvania.

Perhaps it was the fact the land had been strip mined that kept other developers away.  Or maybe it was because so much work would have to be done to install roads and utilities.  Or maybe others looked at the rugged topography and thought there was no way that it could be turned into level building pads.

By 2005, Mericle Commercial Real Estate Services had already constructed and filled close to 10 million square feet of commercial space in the business parks near Scranton, Wilkes-Barre, and Hazleton.  In the late 1980’s, Mericle became the first private, for-profit developer to construct industrial shell buildings on speculation in the region.  By the early 1990’s, Mericle had pioneered the development of multi-tenant flex buildings in the area. Suburban office buildings soon followed.

The Mericle model had been to acquire parcels in business parks developed by local non-profit industrial development corporations, build on speculation, lease the space, and then hold onto the real estate long term.   However, by the early 2000s, available land in these parks was in very short supply.  Sensing that Northeastern Pennsylvania was positioned to become a major player along the I-81 Corridor, Rob Mericle set out to find a large tract of land that could support the development of many millions of square feet of industrial, office, and flex space.

“Having grown up in Wilkes-Barre and having already constructed dozens of buildings in the area, I was very familiar with our hilly topography and tough site conditions brought about by past coal mining activity,” said Mericle.  “I knew that finding a few thousand flat acres near an interstate was not in the cards.  I also knew that I’d have to be willing to take land that others had passed over and have confidence that we could make that land productive.”

Rob Mericle eventually settled on about 1,800 acres in Pittston Township and Jenkins Township with immediate access to Exit 175 of I-81 and Exit 115 of I-476.  After acquiring the land from several parties, he worked with the Greater Pittston Chamber of Commerce to obtain incentive financing from Pennsylvania’s Department of Community and Economic Development to pay for part of the infrastructure work.  Reclamation grants from the Office of Surface Mining assisted as well.  In 2005, Mericle began constructing CenterPoint Commerce & Trade Park, so named because it is located in the center of the marketplace, just 10 minutes from Scranton and Wilkes-Barre.

The corporate structure of Mericle Commercial Real Estate Services proved to be a key advantage to the development of CenterPoint. “We are a vertically integrated master builder,” continued Mericle. “That means our own employees design our projects, perform the site work, and construct the buildings. Our heavy equipment operators, with many years of experience in Northeastern Pennsylvania, knew they could tackle CenterPoint’s very rough, mine-scarred terrain and make it ready for new buildings.  I doubt that there are many other developers capable of doing what we did.”

Another key to the success of the park is a special tax abatement program put in place by Luzerne County, the Pittston Area School District, and Pittston Township and Jenkins Township.  These taxing bodies all agreed to make CenterPoint a Local Economic Revitalization Tax Assistance (LERTA) zone. Real estate taxes on improvements are 100% abated for 10 years for all buildings constructed in the park.

“CenterPoint has been a tremendous public-private partnership,” said Mericle.  “The federal and state government, the chamber of commerce, local taxing authorities, and private businesses joined forces to take barren, unsightly land and turn it into a major asset.  CenterPoint is a great case study of how a community should work together to create new capital investments and new jobs.”

Over the past 14 years, Mericle has developed, or partnered in the development, of 37 buildings in CenterPoint totaling 9.9 million square feet.  There are 51 tenants in these buildings who together employ 6,000 people.  When the park is fully built-out over the next 10 years, Mericle expects the employment total to grow to 10,000.

The park’s location – just two hours from New York City and Philadelphia – and Mericle’s affordable lease rates and wide variety of available spaces and sites, have been big draws. 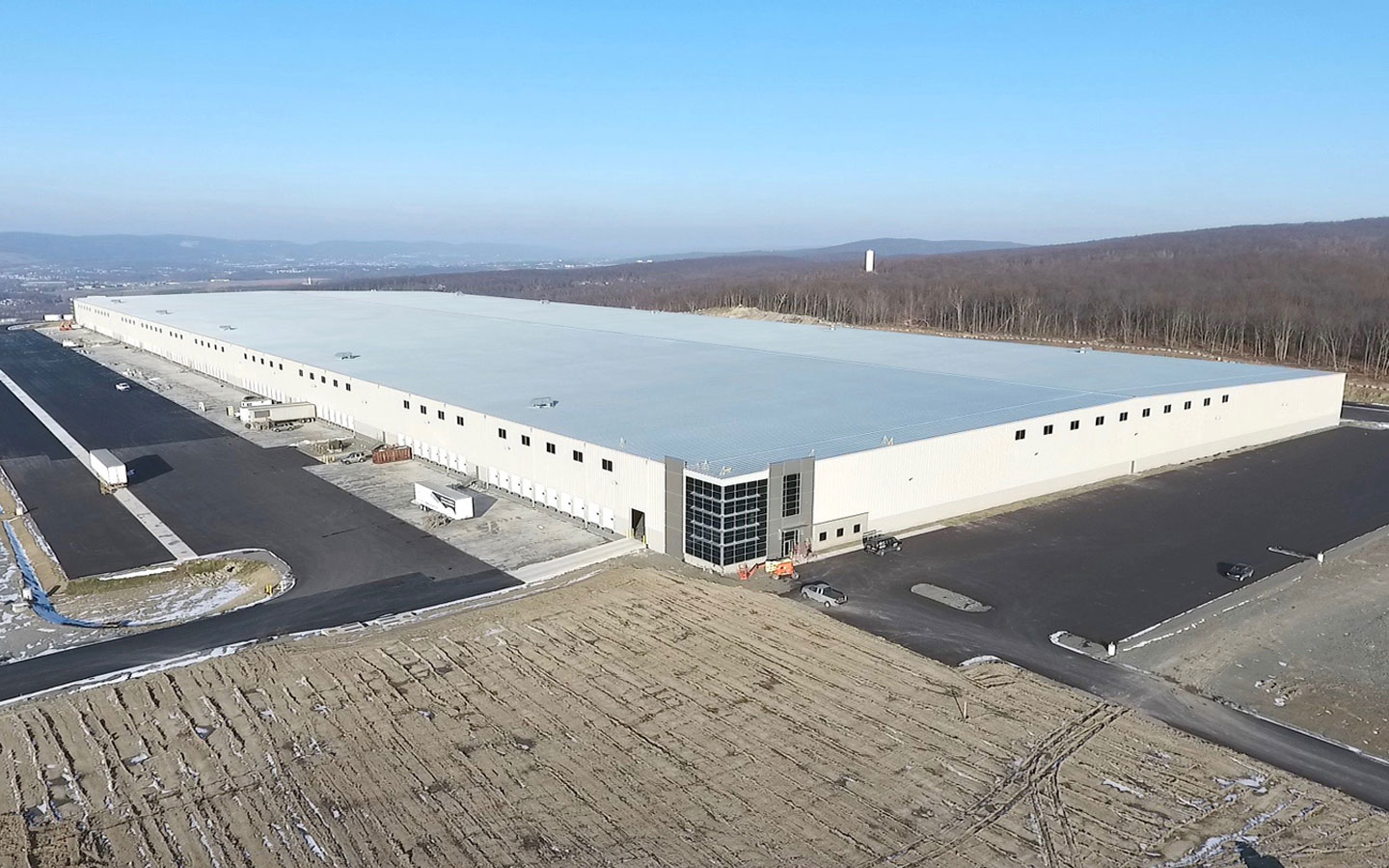 In recent years, Mericle’s buildings in the park have gotten larger.  “We knew we needed to be ready for the growth in bulk distribution along the I-81 Corridor, especially as it relates to e-commerce fulfillment,” said Mericle.  “The building sizes requested by our clients have been steadily growing.”

The last four buildings constructed on speculation by Mericle in CenterPoint have all been in excess of 400,000 square feet.  In 2018, Mericle became the first developer in Northeastern Pennsylvania to construct a spec industrial building in excess of 1 million square feet.

With CenterPoint well on its way to being one of the most successful business parks in Pennsylvania, Rob Mericle wonders where his next big development will be.  “I am hoping to find what others can’t see,” he said.

About Mericle: Founded in 1985 in Wilkes-Barre, Pennsylvania, Mericle Commercial Real Estate Services is the largest, privately-owned developer of industrial, office, and flex space along Pennsylvania’s I-81 Corridor.  Mericle has developed 22 million square feet in 15 Northeastern Pennsylvania business parks.  Its buildings provide homes to close to 200 companies and approximately 14,500 employees.