In additional to a traditional toy drive, Mericle hosted the sixth Semper Fly Dodgeball Tournament earlier this month to support the Toys for Tots Campaign. As a Mericle tenant, Sky Zone hosted the event at its facility in CenterPoint West. More than 100 people participated in the event including employees of Mericle, its tenants, and members of the Marine Corps.

More than 20 years ago, Mericle’s founder, Robert Mericle, donated warehouse space to the local Toys for Tots campaign and has continued to do so ever since. In 2013, Mericle heard the Marine Corps when it said it needed more toys to meet the growing demand for holiday gifts for disadvantaged families throughout Northeastern Pennsylvania. Mericle invited its tenants to help by collecting toys and other gifts at their places of business. 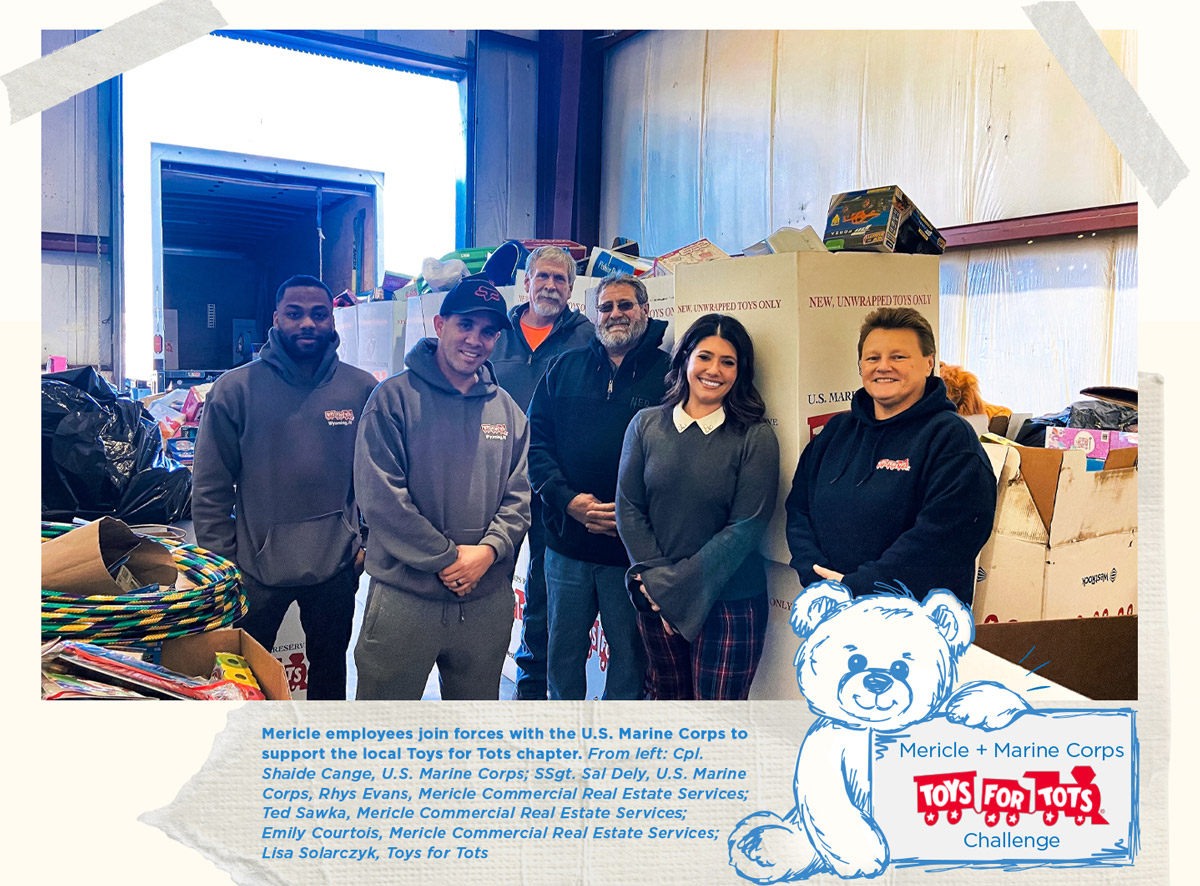 About the Marine Toys for Tots Foundation