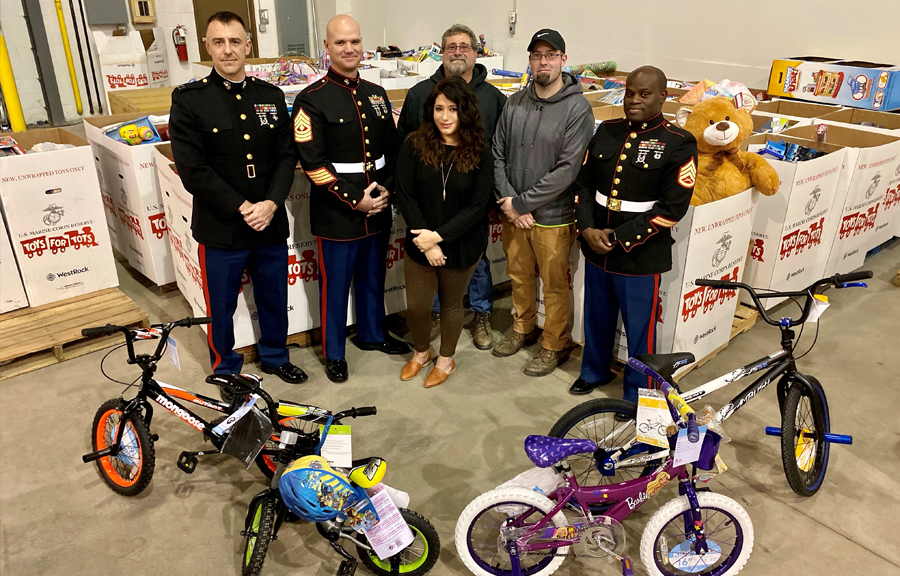 More than 20 years ago, Mericle’s founder, Robert Mericle, donated warehouse space to the local Toys for Tots campaign and has continued to do so ever since. In 2013, Mericle heard the Marine Corps when it said it needed more toys to meet the growing demand for holiday gifts for disadvantaged families throughout Northeastern Pennsylvania. Mericle invited its tenants to help by collecting toys and other gifts at their places of business.

Each year the Mericle + Marine Corps Toys for Tots Challenge continues to grow. This year, the campaign expanded to include Downtown Scranton. Mericle teamed up with DiscoverNEPA and the DiscoverNEPA Cycling Team to host a Charity Ride and toy collection in Downtown Scranton, which garnered 13 cartons of toys. In addition, Mericle hosted the fifth annual Semper Fly Challenge at Sky Zone Pittston in November. About 75 members of the Marine Corps and employees of Mericle and its tenants participated in the annual event to raise money and awareness for Toys for Tots.

About the Marine Toys for Tots Foundation